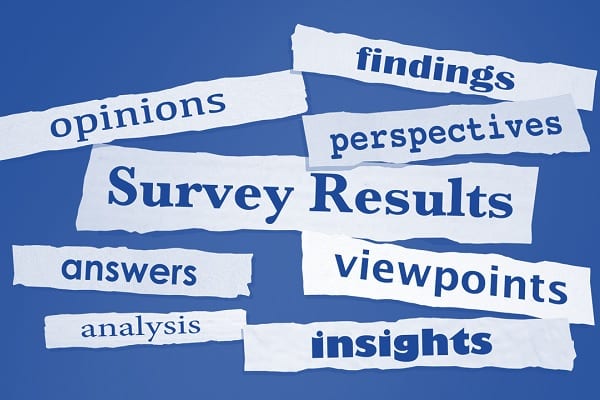 We created our User Satisfaction Surveys to help end-users learn from each other’s experiences when choosing a bionic limb.

Because we want to be as accurate as possible, we’re going to wait until we have enough respondents for each device before we report more detailed results.

While waiting to cross that threshold, we wanted to share a few general observations about the responses that we’ve received so far.

#1 General User Satisfaction is Higher Than We Expected

These figures are a bit skewed by the heavy response we’ve received for the Ottobock C-Leg, which appears to be a much-loved device:

Still, given past scientific studies showing lower levels of satisfaction with bionic limbs, especially bionic hands, we were surprised to see the results tilt so heavily toward Very Happy.

Speaking of bionic hands, they’ve done quite well in our results so far, ranking above bionic elbows and ankles/feet in user satisfaction, and just below knees. Is this a sign of progress in recent years or an artifact of something else? We won’t know until we have more data.

#2 Device Satisfaction Does Not Automatically Translate Into Device Loyalty

It appears that most of the Very Happy crowd are likely to buy the same product again, but the Moderately Happy group is decidedly uncertain.

We think this is due in part to the fact that there are a lot of new devices and technologies hitting the market. If you’re anything other than thrilled with your device when your next upgrade cycle swings around, why not keep your options open?

We’re not going to publish statistics on this group just yet because we don’t have a sufficiently large enough number of respondents to fully trust the data. But we have seen enough results and talked to enough end-users to issue an early warning. The least satisfied users by far are those with bionic ankles/feet.

Most of the complaints seem to be about durability and the unsuitability of the devices for certain tasks.

We’ve also encountered a lot of users with highly polarized opinions of the same device. We think this mostly has to do with compatibility. Because residual limbs are unique to each individual, and control systems are unique to each bionic device model, compatibility between the user and the device is always a major factor. For whatever reason, this seems to be amplified with bionic ankles/feet.

We are telling you this because, if you are shopping for a bionic ankle/foot, please make sure that you take all the available options for a test walk even if it feels like you’re annoying people to do so. And make sure that your tests include all the things that you normally do.

In short, eliminate any compatibility issues before you make a purchase!

First, we need to dig into this data a lot deeper before we can make any truly revealing statements, and we’re going to wait for more data before we do that. For now, here are the general numbers across all bionic limbs:

Some might think that this isn’t too bad. But we’re pretty sure that having 28 % of devices come back for at least two repairs is not on the bionic limb industry’s wish list.

In fairness to the industry, bionic limbs are not stationary like home appliances. Nor have they had 130 years of design iteration like automobiles. They are, in fact, some of the most sophisticated devices ever built for the consumer space, and they are subjected to an incredibly broad range of uses and other variables.

Still, we don’t represent the industry. We represent end-users. So, here are a couple of suggestions to avoid repairs, drawn from both the data and the many conversations that we’ve had with end-users on this subject:

Why You Should Join Our Efforts to Share Information

Our User Satisfaction Surveys consist of only 4 multiple-choice questions and require less than 60 seconds to complete.

Why participate? Because your experiences & wisdom may help someone else avoid a frustrating mistake, especially once we have enough data to publish the results for individual devices. Remember, an informed patient is an empowered patient.

The surveys for most current bionic devices can be found here. Any missing from this list will be added over the next few weeks.