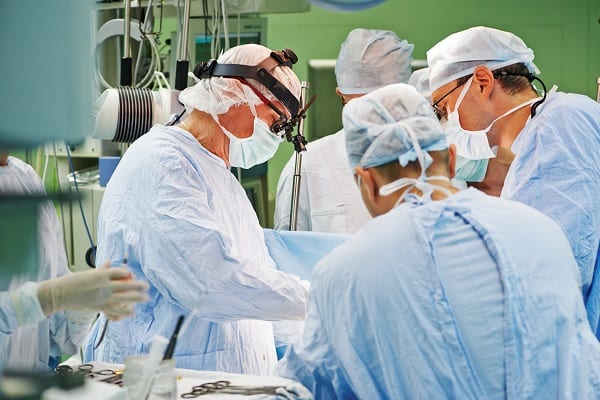 As bionic technologies continue to evolve, amputation surgery will eventually prepare every residual limb for bionic device use in advance. In this article, we examine some of the recent developments that are making this approach increasingly desirable.

The Importance of Keeping Your Eye on the Technology Horizon

In March 2021, we wrote an in-depth article on a new surgical method/technology called the Agonist-antagonist Myoneural Interface (AMI).

The gist of this technology is to surgically recreate muscle pairs during amputation:

In other words, it prepares the residual limb for the use of bionic devices in advance. As an added benefit, it also helps reduce phantom pain!

Even though this technology is still in its trial phase, we wanted to make people aware of it so they could factor it into their plans should they have control over the timing of their amputation. With a little luck, they might even be able to participate in the trials!

Technology Advances Can Cut Both Ways

At the same time that AMI has emerged, there has been a push to incorporate sensory feedback into lower-limb bionics to improve user control. The following 98-second video describes some of these technologies:

The problem with this approach (and with any neural interface that requires the surgical insertion of sensors and/or electrodes) is that it is expensive, invasive, potentially imprecise, and may result in scarring that eventually leads to reduced benefits.

Besides, the ability to restore the brain’s awareness of limb position through AMI, combined with the local sensor and microprocessor abilities of existing bionic knees & ankles, may mean that restoring full sensory feedback is unnecessary for lower-limb bionics. More rudimentary forms of feedback, such as transcutaneous electrical nerve stimulation (TENS), may suffice. And with advancements in these non-invasive methods, which we briefly cover in our Research News Snapshot of April 11, 2021, it may be advisable for patients to wait to see how this all plays out before subjecting themselves to the added cost and discomfort of implanting a full neural interface. This is especially true given that AMI will likely be made available to existing amputees at some point.

Again, it pays to be aware.

Humans need very high levels of user control and sensory feedback to properly manipulate objects with bionic hands. This is not in question. Indeed, the absence of these two features explains, in large part, why commercial bionic hands continue to underwhelm end-users.

This means that even when AMI becomes available for upper-limb amputations, it will not be enough to complete the control model for bionic hands. Yes, end-users will be much more aware of the position of their bionic hand (and possibly even its fingers) in space. That’s an important part of the equation. But they’ll still need fine motor control over bionic fingers and the ability to feel the objects that they are trying to manipulate.

Until now, there has not been a consensus on the best way to achieve these goals, witness the many different approaches still in use or being actively pursued:

None of these technologies is guaranteed to survive the future, making it difficult to create any kind of roadmap.

However, the University of Michigan has developed a technique that may be another foundational piece of this puzzle.

Even after a limb is amputated, the brain continues to send signals down the spine and through the remaining nerves of the residuum. Unfortunately, these nerve signals are too weak to detect on the skin’s surface. However, they trigger muscle movements, which in turn generate much stronger myoelectric signals that can be detected and then translated into commands for the bionic hand. This is how most users control current commercial bionic hands.

The problem with this approach is that the skin-surface sensors can shift, or changes in the residual limb (swelling, shrinkage, sweat, etc.), can degrade the contact between the sensors and the skin.

To combat these skin-surface issues, scientists developed methods of surgically implanting sensors in muscles and/or interfacing with the nerves directly. But to achieve the latter requires wrapping electrodes around a nerve or penetrating the nerve with tiny needles. Nerves don’t like this and can become irritated. Additionally, scar tissue can form between the sensor and nerve over time, which can also degrade signals.

Enter RPNIs. In this innovative procedure, surgeons harvest a small graft of healthy muscle tissue from elsewhere on the body, often the thigh. Next, they make a clean cut on the end of the peripheral nerve in the residual limb to remove any neuroma. Then they wrap the muscle graft around the end of the nerve and suture it in place.

If multiple RPNIs are planned for the nerve in question, surgeons can divide it into individual nerve bundles and apply an RPNI to each.

Following the surgery, the patient’s body helps the RPNIs regenerate and reinnervate.

One benefit of this approach is that the RPNIs generate very large myoelectric signals, often from 6x to 30x the strength of the signals detected by skin-surface myoelectric sensors.

Additionally, because RPNIs can be applied to individual nerve bundles, more specific signals can be detected, which offers the potential for much finer control, including finger-level control in bionic hands.

Admittedly, the University of Michigan can use a little work on its videos, but if you watch this video closely, you will see some of this enhanced control, especially from 3:01 onward:

Because the nerves in the RNPI procedure are wrapped in natural muscle grafts and not irritated by foreign objects, they do not suffer from scar tissue formation and the resulting signal degradation. This means that RPNIs remain stable for years, perhaps permanently so.

Okay, so why are we telling you all this? Because, combined with AMI, we may finally be seeing the emergence of foundational technologies that will eventually revolutionize amputation surgeries. That is, it may eventually be standard procedure during amputation to implement AMI and RPNI technologies as the basis for superior control over bionic limbs, both upper and lower (RPNI is also applicable to lower-limb amputations).

Also, as with AMI, researchers expect that it will be possible to create RPNIs for existing amputees.

Therefore, these two technologies may be the first to form part of a personal roadmap to improved bionic limb use in the future.

If you don’t want to wait, you can sign up for further RPNI trials here.

To help you monitor developments with this technology, we’ll create a master article on RPNI, just as we did for AMI, which we’ll continuously update from that point on.