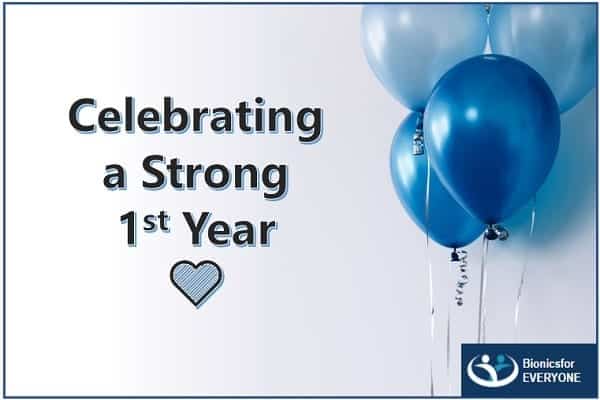 One year ago, BionicsForEveryone.com was just an idea. We wanted to build a website to help people with physical or neurological disabilities to learn about their technology options free of any commercial influence. Our motto is, “an informed patient is an empowered patient”, though we are pretty sure that we borrowed that from someone else!

Even as late as September 2020, we were still creating our initial content for bionic limbs. We had less than 500 users a month at that point, spread across a mere handful of English-speaking countries.

In the seven months since, our vision seems to have taken hold. Our monthly user base has increased nearly 2,000 percent, with readers now in 167 countries. We’ve had our articles reprinted in leading magazines like Disability Horizons, Amplitude Magazine, and City A.M. We’ve been interviewed by some truly wonderful people and charities, linked to by hundreds of websites as a valuable resource, and have been allowed to publish our content to dozens of amputee support groups twice a week, which we consider a great honor.

We now receive hundreds of emails/messages per month from patients, researchers, and charities or support groups, and we’re proud to say that we answer every one of them!

In this upcoming year, we plan to help even more people by expanding into additional areas of bionic technology. But we’re going to save that for another announcement! For now, we would just like to thank all of our contributors and supporters, and most of all our readers, for helping get BFE off the ground. We set out on this journey to be a force of good, and that’s exactly what we’re going to remain!

Do You Agree With Our Mission?

If so, please consider voicing a few words of support for us on our Testimonials page. It helps us persuade other organizations to work with us.