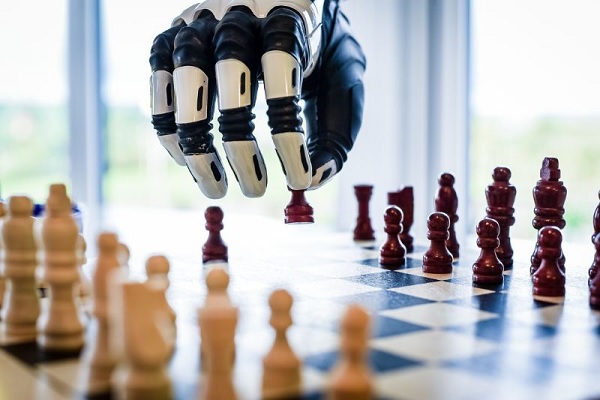 The Nexus Hand has quickly become one of the most impressive bionic hands on the market, driven mainly by exceptional engineering principles.

A Quick Look at the Nexus Hand

Bionic hands need to be both highly functional and visually attractive. That’s not us talking. That’s thousands of end-users who have told us as much.

COVVI’S Nexus Hand appears to have achieved both of these goals:

But it’s not just functionality and appearance that counts. Many bionic hand users continue to complain about a lack of durability. The results from our Bionic Limb User Satisfaction Statistics for 2021 back this up, with nearly 56 % of users reporting at least one repair to their devices, and nearly 1/3 reporting multiple repairs.

Our point is that the underlying engineering matters a lot, too. And that’s really the essence of the Nexus. In our ongoing dialogue with COVVI, they have behaved like true engineers. Without us even asking, they sent us a list of the problems they’ve encountered since we last spoke, no matter how small, and described their solutions.

Who does that in today’s world of constant marketing spin? People who are so passionate about the product they are building that they put these types of pictures in their sales brochure!

We don’t know for certain whether this engineering passion will translate into a bionic hand that is more robust than other devices on the market. We don’t know because the only opinion that matters to us is the one we get from actual end-users through our User Satisfaction Survey. And because the Nexus Hand is relatively new to the market, it will take a year or two for us to gather enough data to render a true consumer verdict.

However, based on everything that we’ve experienced with COVVI so far, we fully expect the Nexus to be among the leaders in both quality and durability. When you take the iterative, transparent approach they are taking, that is simply the most likely outcome.

Similar to most bionic hands currently on the market, the Nexus utilizes a myoelectric control system. That is, myoelectric sensors placed against the skin of the residual limb detect muscle movements. A control system then translates these movements into commands for the bionic hand, typically to open or close the hand. Exactly which fingers open or close depends on the selected grip.

The Nexus currently offers 14 predefined grips divided into two groups based on whether the thumb is positioned to oppose the fingers or to essentially get out of the way. These grips can be organized into four different grip tables for convenient access, as shown in this short video:

Being able to quickly select the desired grip is a key feature for most users. This is an area where the Nexus excels. In addition to being able to rotate through the available grips within a grip table using traditional methods like holding a long open signal, two open commands in succession, etc., Nexus also allows users to switch to specific grips by using techniques such as:

Even better, users can quickly and easily map these switch methods to specific actions, as this short video demonstrates:

We think these are really smart ways to allow users to change grips because they’re quick, convenient, and address the vast majority of grip needs.

As a true component hand (i.e. a bionic hand that can be used as a component of a broader bionic arm solution), Nexus can also be controlled using modern pattern recognition systems like Coapt’s Gen2 and IBT’s Sense. This allows Nexus to offer even more sophisticated and intuitive control.

The Nexus Hand provides powered rotation of its thumb so that it either opposes the fingers or lies parallel to them. This can occur dynamically as part of the grip selection and open/close process. Alternatively, the user can manually trigger a powered repositioning of the thumb simply by tapping it in the desired direction:

This mechanism is a perfect example of COVVI’S engineering prowess. Allowing the user to manually reposition a thumb sounds like an easy task but it is more complicated than it appears. If the force required to move the thumb is too great, attempting to move it may rotate the wrist instead. If the required force is too small, the thumb may get easily bumped into the wrong position.

Having the thumb motor take care of the repositioning, even when that repositioning is triggered by a manual tap, is an ideal solution.

Proportional control refers to the ability of users to control the speed and force of a bionic hand’s grip by increasing or decreasing the speed/strength of the muscle movement needed to trigger a close signal.

Nexus offers an auto-grip feature that users can enable or disable. When enabled, the hand will apply a small continuous force when it detects that an object is beginning to slip from its grasp.

Nexus also offers an auto-relax feature. When enabled, the thumb and fingers will slowly revert to the open position after 30 seconds.

Both these features are disabled by default because they consume power.

Note, users can also put the Nexus into a Standby Mode, which disables user input from the myoelectric sensors. This can be used to prevent inadvertent signals such as accidentally opening the hand while carrying an object.

The Nexus Hand does not currently offer sensory feedback for end users. However, COVVI has been actively working on this functionality and will likely introduce it in the future.

The Nexus has a built-in flex wrist with a range of motion of plus/minus 30 degrees of flexion/extension. This can operate either in a passive flex mode or can be locked into one of three positions at 0, plus 30, or minus 30 degrees.

The Nexus offers a maximum finger load limit of 16 kilograms and a maximum hand load limit of 32 kilograms when lifting objects. It can also support a load of 90 kg at the knuckles when pushing oneself up using a closed fist for support.

Nexus’s grip force depends on the selected grip, ranging from 22 newtons for its Key Grip to 80 newtons for its Power Grip. This should be sufficient for most daily tasks.

The Nexus Hand has several features focused on durability.

First, the thumb and fingers have been made entirely from a combination of stainless steel and aluminum. Second, they all have a passive flexing capability to prevent breakage if the hand is dropped or struck from the back.

Even the design of the Nexus glove is heavily focused on durability, with rigid covers holding the glove in place and protecting it.

That having been said, the Nexus is not designed for use in high-impact sports and must not be used in any sport that would cause the hand to get wet.

The Nexus has an IP rating of 44, which means that it offers protection against solid objects that are over 1mm and against water splashing from any angle.

This does not qualify the Nexus as either waterproof or dustproof. It should therefore only be used in relatively clean, dry environments.

The only bionic hands currently on the market that are waterproof are the TASKA hand and the Vincent Evolution. The Atom Touch will join this group when it is launched in 2024.

Nexus gloves serve both an aesthetic and functional purpose.

Aesthetically, they can be quite stunning as shown by this latest glove:

They are also an integral part of the Nexus’s design. Indeed, they are not really gloves in the traditional sense. They are more like a flexible, replaceable part of the hand’s outer shell that is designed to be held in place and protected by rigid covers. They are also essential for the water and dust resistance levels offered by the Nexus.

Here’s a closer look overall design of this outer shell:

The Nexus offers a flexible battery solution that will follow the contours of the limb. It is charged via a waterproof USB-C.

There are two battery options available:

We do not have any information on how long each battery will last, but most bionic hand power supplies are designed to be used throughout the day and recharged each night.

COVVI offers a software application called the COVVI Go App, which works on both IOS and Android tablets and smartphones. The following video provides an excellent overview:

In addition to its mobile app, the Nexus Hand also has a built-in E-Paper Screen on the back of the hand that shows key information such as:

You can see how the E-Paper Screen looks in this image:

Note, this feature does not require any battery power.

Another feature of the Nexus is that its index finger is touchscreen compatible.

COVVI also offers remote firmware updates for the Nexus. These updates can provide improvements, new features, and bug fixes directly to the Nexus without the need to visit a prosthetist’s office or to send the hand back to COVVI. Users can also request specific features, which can be sent back to them as a custom firmware update, which we think is pretty cool!

Finally, COVVI will soon be launching a new technical help system that will be available 24/7 and enabled in both the distribution portal and the website to ensure it is fully accessible. This system will be fully interactive with a resolution ticketing system that will allow COVVI to track any issues across the lifetime of the hand. It is this kind of innovative focus on customer service and support that we think will help differentiate COVVI from many of its competitors.

The Nexus can be used as the hand component in above-the-elbow solutions. As long as the master control system (i.e. either an electric elbow or a pattern recognition system) sends the appropriate control signals, the Nexus will respond accordingly.

According to our information, the Nexus sells for between $20,000 and $30,000 US for a typical below-the-elbow solution, including all prosthetist fees.

COVVI is now available in 24 countries all around the world. As such, we now classify it as having global availability.

The Nexus Hand offers a two-year limited warranty. Users can also purchase extended warranties of 12, 24, or 36 months, which can be purchased at any time before the expiry of the initial warranty.

Are you currently using the Nexus Hand or have you used it in the past?

We do not yet have a sufficient number of survey participants to publish fair and accurate results for the Nexus Hand.

Considerations Before Buying the Nexus Hand

As mentioned in the preceding section, we do not yet have sufficient user feedback to relay any kind of consumer verdict on the Nexus.

However, the company that created the Nexus, COVVI, is demonstrating all qualities of a top-notch bionic limb manufacturer, especially with their commitment to sound engineering principles, complete transparency, and a truly impressive level of customer service/support.

Given this and the quite-reasonable price of the Nexus, we think that it belongs on the shortlist of every shopper in the $20K to $40K price range.

As always, our recommendation is to ask your prosthetist if you can try one out.

If you are shopping for a bionic hand, do not miss our article on Bionic Hand Control Systems. Getting this part of your bionic system right is probably the biggest single ingredient in your long-term satisfaction.