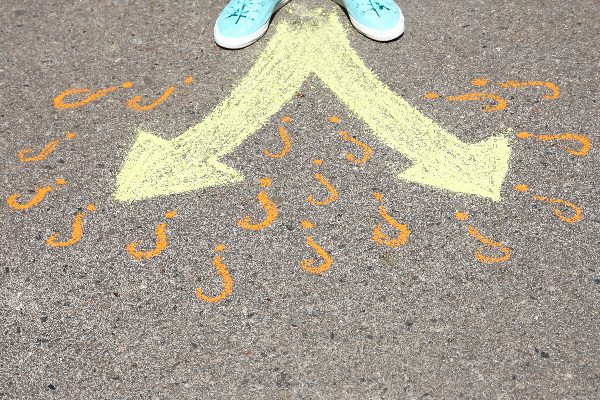 One of the great things about being a volunteer organization with nothing to sell is that we can focus solely on the truth.

When it comes to osseointegration, the most important truth has to do with the difference in possible outcomes. If everything goes well, an osseointegrated implant can have a hugely positive impact on an amputee’s quality of life. This includes:

But if things go badly, few procedures can cause as much grief. Imagine, for example, a scenario where you:

Granted, good outcomes significantly outnumber poor ones. According to a 2015 study titled, “Clinical outcome of osseointegrated prostheses for lower extremity amputations: A systematic review of the literature“, the vast majority of patients were happy with their implants. But between 3% and 20% of patients ultimately had their implants removed (there is a range here because the study in question was an analysis of 13 other studies). There was also a high rate of complications, especially infections.

In a 2016 study titled “Safety of Osseointegrated Implants for Transfemoral Amputees: A Two-Center Prospective Cohort Study“, 86 patients with a press-fit implant between 2009 and 2013 were followed for a median period of 34 months. Here’s an exact reprint of the results:

“Eighty-six patients (ninety-one implants), twenty-five to eighty-one years of age, were included in the study and followed for a median of thirty-four months (range, twenty-four to seventy-one months). Thirty-one patients had an uneventful course with no complications; twenty-nine developed infection (all grade 1 or 2); and twenty-six did not develop infection but had one or more other complications requiring intervention, including stoma hypergranulation (seventeen patients), soft-tissue redundancy (fourteen), proximal femoral fracture (three), inadequate osseointegration leading to implant replacement (one), implant breakage (two), and breakage of the pin used as a fail-safe mechanism (twenty-five).”

Note that grade 1 or grade 2 infections occur in soft tissue, not in the bone, and that these infections were “successfully managed with simple measures”. So, if we add the 31 patients with no complications to the 29 who had minor infections, we are already at 60/87 or 69% with zero or only minor problems. It is the other 27 outcomes that raise some concern, especially the bone fractures and implant breakages and/or replacement.

In the United Kingdom, the NHS (National Healthcare System) issued a Clinical Priorities Advisory Group summary report titled, “Osseointegration for Transfemoral Amputation (adults)” on May 12, 2018. This report referenced three studies that demonstrated significant increases in prosthetic use (a key measure for all prosthetic technologies). Here is their word-for-word description of safety concerns:

“Deep infections affected between 1% and 8% of cases but not all required implant removal, (Juhnke DL, Beck JP, Jeyapalina S, et al. 2015, Juhnke DL, Aschoff HH.2015). Newer techniques and changes in the titanium rod appeared to reduce the number of infections, though it is likely that superficial infections will continue to be a common occurrence. In these case series they occurred in between 32% and 96% of cases but were usually adequately treated with oral or intravenous antibiotics, though a large number of early cases required revision surgery. The overall removal rate was 8% to 20%, but re-implantation was successful in half of these cases. There was no available data on deaths associated with osseointegration.

“Implant structure appears to be robust with only 1 reported structure failure. Bending or fracture of the abutment was more likely but this still occurred at a low frequency of just 9 cases. Bone fracture rate around the implant also appears to be very low at between 0% and 7% over up to 9 years. Implant stability was good up to 5 years but there were some bone structural changes such as cortical thinning, although no bone resorption.”

Want more? Here’s a table of complications from a variety of studies summarized in a 2017 article titled “Osseointegration for Lower-Limb Amputation: A Systematic Review of Clinical Outcomes“. Click to expand:

The pattern found in all these sources is similar: the vast majority of patients enjoy a positive outcome with their osseointegrated implant, but a minority of patients do experience significant complications.

The question is, how do you end up in the happy group instead of the unhappy group? That’s why we’ve written this article.

Contraindications (i.e. reasons that you shouldn’t get an osseointegrated implant)

“Well, comorbidity, such as obesity, smoking, diabetes, and other vascular issues are strong contraindications. They are quite common issues faced by people living with limb loss. In fact, these contraindications limit immensely access to a wide population. Regularly, clinicians tried to perform osseointegration of patients with these conditions. However, there is strong evidence that it might not be the right thing to do.”

A 2019 article titled, “Orthopaedic Osseointegration: State of the Art“, published in the Journal of the AAOS (American Academy of Orthopaedic Surgeons), stated:

If you search the web, you will find other articles or studies with similar observations. You will even find a few that contradict these claims by suggesting that some of these contraindications are not necessarily absolute.

Be aware that if you undergo osseointegration, your activities will be limited to those that do not expose your implant to too much torque/stress, or the opening in your residual limb (i.e. stoma) to infection. The most succinct way for us to identify the allowed activities is to borrow this table from a presentation given at the American Orthotic & Prosthetic Association Leadership Conference in January 2018:

The activities in red are not allowed. Note, the full video of this presentation is embedded in the Related Information section at the bottom of this article.

The Importance of Proper Assessment, Planning, and Ongoing Management

Some medical fields are well-established. For example, if you have a problem with your vision, the eye industry likely has an array of sophisticated assessment tools, corrective technologies, and well-established protocols to address your problem.

Osseointegration has yet to reach this level of maturity.

How do we know? Because you can tell a lot about the state of any medical technology based on the current scientific research.

Bionic hands are a great example of this. Many bionic hand companies produce marketing videos that depict their devices as if they are already a working blend of the Six-Million-Dollar Man and Star Wars technologies. But if you read the current scientific papers, you quickly realize that the industry is still wrestling with some pretty rudimentary issues, such as how to overcome basic user control problems, improve training, and prevent device breakage. It’s an industry that is clearly still in its infancy.

Osseointegration is no different. One of the core techniques for ensuring proper bone growth following implant surgery is to put progressively more load on the implant during the rehabilitation process. The ideal progression of this load depends on multiple variables such as the type of implant, bone quality, and body weight.

And how are medical teams measuring this load? Many are still using a common bathroom scale placed on a stool!

Yet, this is a far more complicated situation than simply measuring raw load. Increasingly, patients with osseointegrated implants are being fitted with microprocessor knees (MPKs), also called bionic knees. This is to reduce falls and to help the patient take advantage of the opportunity for increased mobility.

However, MPKs were not originally designed for attachment to an osseointegrated implant. They were designed to interface with traditional sockets. As any amputee can tell you, any kind of change to their lower-limb setup — length of prosthesis, heel height, joint resistance, alignment angles, etc. — can have a significant ripple effect on their gait, the same way a sore heel or stubbed toe can drastically affect someone with completely natural limbs.

How does the load/stress change on osseointegrated implant if you change from a C-Leg to a Rheo Knee? What about going up versus down a slope? How do these factors change as people age and their bones and muscles change along with them?

Again, look at what the scientists such as Dr. Frossard are working on. As described in the article, “The Future of Bionic Limbs“, he and fellow scientist David Lloyd, a professor of Biomechanical Engineering, are currently trying to create the world’s first true diagnostic tool for combining osseointegration and bionic limbs. Here is an exact description from the article:

“Different sensors assess the mechanical constraints applied by the bone-anchored bionics on the residuum and measure the resulting movements of the tissues (bone, muscle, tendon, fat, skin) within the residuum. The back end of the device consists of the software integrating all this information into a personalised digital twin of the residuum. Basically, the digital twin of the residuum is a virtual replica living inside the computer. It corresponds to the high-fidelity physics-based model of the different tissues constituting the residuum. The front end of the device consists of a handheld device (such as a smartphone) that provides a visual animation of the model in real time so that patients and clinicians equipped with the device and see can how movements impact the inside of the body.”

This is to osseointegration what x-rays are to managing bone fractures. It will eventually help in the assessment of suitability for osseointegration, monitoring rehabilitation, the selection and setup of bionic components, etc. But that’s not the reason we’re telling you about it. We’re telling you about it because it doesn’t exist yet. It’s just in its first stages of development.

So what do you do in the absence of such a tool, especially when all the inherent complexities of osseointegration and its associated prosthetic components do not simply go away?

You look for an experienced medical team that is going to compensate by being extra thorough and thoughtful.

How to Select the Right Medical Team for Your Osseointegrated Implant

We are not medical professionals at BionicsForEveryone.com. We do not dole out medical advice. But we do get lots of questions about the bionic devices that we cover on our website and the associated technologies, such as osseointegration.

We were also heavily involved in the healthcare industry for many years, where we observed for-profit behavior that is not always in the best interest of patients. This is one of the reasons why we created BionicsForEveryone.com.

Our objective with this article is simply to increase awareness of some of the potential complications associated with osseointegration so that patients know to ask about them.

For your convenience let’s summarize the issues that you should be exploring:

Please don’t interpret any of what we’ve written in this article as a negative view of osseointegration. Quite the opposite. We believe that one day all interfaces with prosthetic devices will involve some form of fusion/integration between the residual limb and technology. We just think that, until these solutions are perfected, it is best to approach them with your eyes wide open.

A presentation titled “Osseointegration: Past, Present, and Future” was given at the American Orthotic & Prosthetic Association Leadership Conference in January 2018. For those who are serious about educating themselves on the state of the technology, we heartily recommend watching this. Here is the video:

As mentioned in this article, Dr. Laurent Frossard is a leading expert in this area. The link attached to his name is to his website. Note, we don’t have any affiliation with Dr. Frossard. We just admire and respect his expertise, so we tend to follow everything he does to help us keep up-to-date on the subject.

For more information on osseointegration, including our 4-part video interview series with Dr. Frossard, see Osseointegration for Bionic Limbs.

For a quick summary of all surgical techniques that might be of interest to amputees, see Surgical Techniques That Improve the Use of Bionic Limbs.