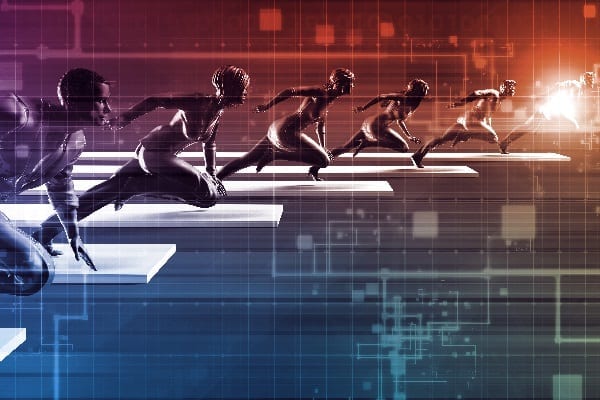 The innovators featured in this post are all accomplished scientists, engineers, and/or inventors. They have all made significant contributions to the advancement of bionic limbs. But what makes them truly special is their passion to improve the lives of those with limb differences. Not only do they provide us with technical leadership. They are also inspiring us toward the permanent elimination of all forms of disability.

Dean Kamen is an American engineer and inventor, and the founder and CEO of DEKA Research and Development.

He is most famous for inventing Segway, a Smart Self-Balancing Electric Transporter that took the world by storm in the early 2000s.

In 2006, DARPA asked him to design and build a bionic arm for military amputees.  You can read about the resulting arm — the LUKE arm — here on our Bionic Arm / Hand page.

Dean makes our list of master innovators not only because of the amazing achievement of the LUKE arm. The above video also helped inspire this website.

Hugh Herr is the director of the MIT Media Lab’s Biomechatronics Group.

An accomplished rock climber, he lost both his legs below the knee to frostbite at age 17.

In a sign of what was to follow, Hugh was back climbing again within a year using specialized prostheses that he had designed.

After completing advanced degrees at MIT and Harvard in mechanical engineering and biophysics, he turned his attention to improving prostheses for all lower limb amputees.

Many of the technologies described on our Bionic Leg / Foot page are the result of Hugh’s efforts, including those at the core of Ottobock’s Empower Ankle and Ossur’s Rheo Bionic Knee. He is also the first person to inspire the belief that we can eliminate all forms of disability if we put our minds to it.

Albert Chi is an Associate Professor of Surgery at Oregon Health & Science University (OHSU). He also has a background in biomedical engineering and has served as a trauma surgeon in the US Navy Reserve.

His work at JHU involved him in the Modular Prosthetic Limb (MPL) project – one of the projects DARPA funded through its Revolutionizing Prosthetics program. This is the subject of the above video (you can get more information on the MPL on our Bionic Arm / Hand page).

As Albert states in the video, one of his personal career goals is to make MPL technology affordable and accessible to all.

Joel Gibbard is the co-founder and CEO of Open Bionics.

He began building robotic hands in his teens. After building hundreds of prototypes, he and Samantha Payne started Open Bionics in 2014.

There are three reasons why Joel makes our master innovators list. One is that he is passionately devoted to making advanced prostheses affordable for everyone who needs them. He has taken a big step toward this goal by using 3D printing to create his company’s Hero Arm.

He also introduced the revolutionary idea that if we make prosthetic devices cool and attractive, we can eliminate the stigma of having a limb difference, especially for children. Open Bionics has been wildly successful in this regard.

Lastly, Joel has been a long-time supporter of the open-source movement in human bionics — yet another sign of his deep commitment to helping others.

It is seldom that we get to talk about a 24-year-old as a true leader in a STEM field but Easton LaChappelle has earned that honor.

Easton began his career in bionics at the age of 14 when he made his first mechanical hand from Legos, fishing wire, and surgical tubing. At age 17, he began working at NASA as a mechanical engineer. That same year, he gave this inspiring TED Talk:

Many of us have ambitious dreams in our teens. What’s amazing about Easton is that a) his dreams were to help people, and b) he has since made those dreams come true by launching his own company, Unlimited Tomorrow.

And what has Unlimited Tomorrow achieved? In 2020, they released their first bionic arm, the TrueLimb, at half the price of the next nearest competitor. This one achievement has made below-the-elbow bionic arms much more affordable.

Unlimited Tomorrow has also introduced the bionic world’s first remote, direct-to-consumer model using scanning and 3D printing technology. This combination of low-cost and remote design/delivery will eventually help spread bionic limbs around the world, especially to places where those with limb differences could not otherwise afford them.

Given that Easton is still only 24 years old, we’re looking forward to his many additional innovations in the future.