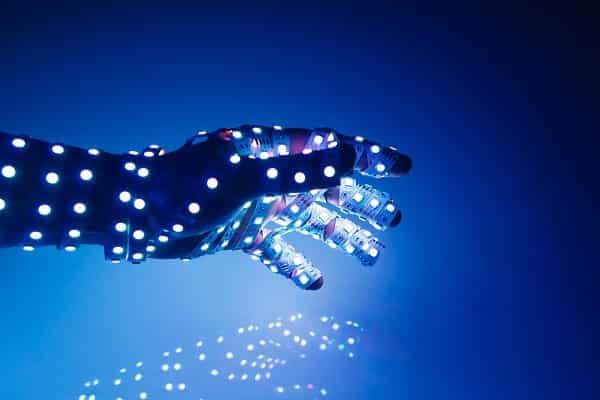 Neural interfaces are currently the leading option to provide true sensory feedback from bionic limbs, but they have significant drawbacks.

The Need for Neural Interfaces

It is challenging to use a bionic limb without sensory feedback, especially a bionic hand. Recognizing this, the bionics industry has placed an increasing emphasis on providing sensory feedback from their devices.

For the most part, this feedback has been rudimentary. For example, placing a pressure sensor in bionic fingertips and using vibrations in the prosthetic socket to convey grip force. Or tightening and releasing the skin in the upper arm to reflect the opening/closing of a hand, as shown in this video:

However, this isn’t true sensory feedback from the hand. That is, the brain isn’t directly experiencing the hand’s sensory input. It is experiencing a proxy of that input, which doesn’t fully satisfy the desire of most end-users for a more natural experience.

Another form of simple sensory feedback is achieved using Transcutaneous Electrical Nerve Stimulation (TENS). The idea here is to directly stimulate nerves in the residual limb by sending an electrical charge through the intervening skin and tissue.

In this case, the brain does experience sensations in its missing hand that abstractly represent sensory input from the bionic hand. For example, the contact of a bionic hand with an object might cause the user to feel a tingling sensation in the missing hand. This helps the user feel more connected to the bionic hand but the feedback itself isn’t very informative.

At some point in this journey, it occurred to scientists that they needed to have more direct and sophisticated communication with nerves, i.e. a neural interface.

An amputee’s nervous system remains intact above the point of amputation. That system is fully capable of conveying the same sensory information to the brain as it did previously. Scientists just need to figure out how to talk to it.

One method is to apply electrical stimulation to a nerve from a distance, as we described for TENS. But to have any kind of detailed conversation, one needs to directly interface with the nerve. If the right kind of stimulation is applied to a precise area of a nerve, it can trick the brain into experiencing something that more directly represents what the sensors in the bionic hand are experiencing. This is the fundamental concept behind a neural interface

So, how do you stimulate a nerve in this manner? Two popular methods are to surgically implant an electrode so that it either a) wraps around a nerve bundle (i.e. cuff model) or b) it transects the nerve bundle. Both options are shown in this diagram:

There has been some success with this approach. For example, this next video demonstrates one of the most effective examples we’ve seen of a neural interface used in combination with a bionic hand:

The Benefits of a Neural Interface

As shown in the preceding video, the first and most obvious benefit of a neural interface is that having sensory feedback significantly improves user control.

But the benefits go well beyond gains in functionality. The user’s sense of embodiment may even be more important. As Igor says at the end of that video, “It feels great to have my hand back.”

In similar trials, patients have admitted that their favorite experience was being able to feel when they were holding their spouse’s hand. It is impossible to put a dollar value on that type of sensory feedback.

Another possible benefit is a reduction in phantom limb pain. There hasn’t been any conclusive scientific evidence of this yet, but several scientific studies indicate that increasing an amputee’s sense of prosthetic embodiment can reduce pain. This includes a 2018 study titled, “Motor Control and Sensory Feedback Enhance Prosthesis Embodiment and Reduce Phantom Pain After Long-Term Hand Amputation“.

However, creating an effective neural interface is not without its challenges.

To begin with, surgically implanting electrodes to interface with nerves is not minor surgery, as it might seem from the earlier illustrations. Here is what an implant looks like in real life (Warning: Graphic Image).

The obvious drawbacks of such a procedure include:

Other drawbacks may not be so obvious:

Historically, these solutions have been constrained by a simple but frustrating trade-off: better control can only be achieved by making a solution more invasive, yet the more invasive it is, the more likely it will result in scarring or nerve damage.

There are attempts to overcome this challenge, namely by reducing the size of electrode implants, making them softer and more flexible, and using bioactive materials.

But this is far from unsettled science.

TSR does involve surgery but does not implant electrodes into the patient’s residual limb, which eliminates the risk of scars forming between the electrode and the nerve.

However, results with TSR have been varied. Also, experiencing fingertip sensations higher up on the arm can feel unnatural. As with many technologies on the leading edge, it remains very much a work in progress.

The whole point of our 8-part series on Surgical Techniques That Improve the Use of Bionic Limbs is to make amputees aware of their surgical options.

Some of these surgical options are so compelling that we think they will eventually be incorporated into standard amputation procedures.

Others have a more uncertain future.

From our vantage point, neural interfaces involving surgically implanted electrodes fall into this latter group. There is no question that amputees want near-natural sensory feedback. And based on the progress over the past few decades, it seems clear that scientists will eventually fulfill this desire. But the question of how remains undecided.