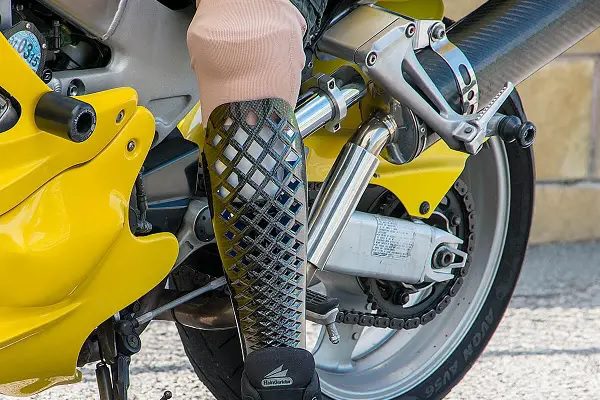 A Mission From the Heart to the Heart

Nine months ago, we wrote an article on The Revolution in Prosthetic Aesthetics in which we described how beautiful leg covers were changing the way that lower-limb amputees felt about their appearance. Suddenly, instead of trying to conceal their prostheses, they were taking pride in them.

Some expressed themselves with an artistic flair…

…others, with a sense of humor…

Many reported wearing shorts and skirts for the first time in years, while others simply appreciated how the covers restored the natural shape of their legs when they wore pants.

This wasn’t just a matter of appearance, either. The covers quickly became conversation starters between amputees and non-amputees, replacing awkward silence or inappropriate questions with friendly ice-breakers like “cool leg” or “your leg is beautiful”.

The following quotes say it all:

“My LIMB-art cover makes me feel much more confident. I am able to wear skinny jeans and leggings again because it makes my prosthetic match the size and shape of my other leg. I love it.”

“I love my cover. Thank you so much. I have so much more confidence now I have shape to my leg.
I love the colour and pattern and it’s so well made.”

“I love my leg cover so much. It has given me so much more confidence and feels like I have a calf shape, so wear more skirts and dresses to show it off. You can’t tell you’re wearing it as it’s so light! I’ve had so many compliments too!”

None of this is particularly surprising in retrospect. The man who started this movement, Mark Williams, is himself a lower-limb amputee. As we described in our original article, he stumbled upon the idea of expressive leg covers somewhat accidentally. He first built a plastic cover for his prosthesis to restore the natural shape of his leg while wearing pants. But one day, as Christmas approached, he added some holiday spirit.

Feeling good about how this looked, he put on a pair of shorts and headed to the supermarket, where he received his first delightful response.

“Cool leg,” a child’s voice said from behind him.

Mark turned to see a young boy admiring his leg cover. “It made me feel good,” Mark recalls. “The little boy wasn’t looking at my leg out of sympathy or some kind of morbid fascination. He was genuinely excited about it and that made me feel proud of how it looked.”

Reflecting on this afterward, Mark wondered if he could help other amputees feel the same way. That’s how LIMB-Art was born. Mark had stumbled upon something immensely positive and he wanted to find a way to share it with other amputees — a mission from his heart to theirs.

In a perfect world, such a wondrous discovery, especially one that is relatively inexpensive, would be quickly shared with every amputee in the world. The emotional benefit of these covers is so huge and the financial cost so low, healthcare organizations and insurers should quickly line up for the easy win.

But they aren’t. Or at least they weren’t until NHS Wales stepped forward.

Last week, on August 09, 2021, LIMB-Art announced that they had won a contract to supply all of NHS Wales with its products. This is great news for Mark and his company. But without even asking him this question, we already know what really matters to him about this announcement: that every adult amputee in Wales will now have access to a free LIMB-Art cover through the country’s prosthetic centers in Cardiff, Swansea, and Wrexham.

Let’s restate that: every adult in Wales will now have free access to this beneficial technology.

Why did this happen? Because the people in charge at NHS Wales recognized what the covers meant to amputees. Here, as one example, is a quote from Peter McCarthy, Specialist Prosthetist at the Swansea Artificial Limb and Appliance Centre: “LIMB Art’s eye-catching covers provide our patients with an enhanced sense of identity that promotes or enables the amputee to feel self-confident and to be themselves rather than trying to disguise the fact they have a limb missing.”

Boom. No decade-long studies. No complicated assessment procedures wrapped in endless pages of legalese. NHS Wales saw, they understood, and they acted. And now real people get to benefit.

The Need to Turn This Win Into a Much Larger Wave

Beautiful leg covers are not be the most pressing issues facing amputees today. Full financial support for recovery, rehab, and free sets of prosthetics (most amputees need multiple devices) probably top that list, along with the need for better career transitioning and accommodation.

But these covers are a test of our responsiveness as a society. Amputees are telling us that the covers are important to them emotionally and socially. The cost is only a few hundred dollars, and the return on investment is both immediate and easily verified.

So we strongly urge the rest of the U.K., Canada, Australia, New Zealand, and any other country with a public healthcare system to have a close look at what is happening in Wales and, once they see the results, to implement similar policies in their countries.

And we urge healthcare and insurance entities in the U.S. to do the same.

In the very least, this is a simple way to show that we care.