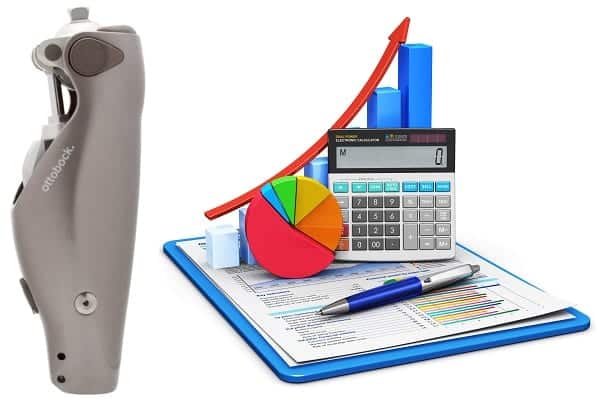 The Ottobock C-Leg is the second-highest-rated bionic knee that we’ve seen in our User Satisfaction Reports in both general user satisfaction and brand loyalty, trailing only the Genium X3.

Our mission at BionicsForEveryone.com is to help those with physical or neurological disabilities to understand their bionic technology options free of commercial influence. We do not sanction or promote specific bionic devices. Nor do we accept any form of payment from the makers of those devices. We serve only end-users under the mantra, “an informed patient is an empowered patient”.

The purpose of these User Satisfaction Reports is a) to create a platform that allows end-users to share helpful information, and b) to finally give end-users a true consumer voice that we hope will help shape the future of the bionics industry.

We drew the information for this report from our Ottobock C-Leg User Satisfaction Survey and also from various amputee support forums around the web. For more information, see How We Vetted The Information in This Report near the bottom of this page.

This is obviously very positive feedback for the C-Leg, with 39 of 43 respondents saying that they are either Very Happy or Moderately Happy. What we found surprising is that even the 10 end-users who said they had their C-Leg repaired three or more times (see the next section) still said they were happy.

These results would be terrible for most industries but they are not out of the ordinary for bionic limbs — a problem scientists and engineers are working on. But to be fair, the torque/stress placed on these devices (and on natural limbs) can be quite extreme. The important thing from a user standpoint is to a) expect some repair issues so you don’t get frustrated, and b) insist that the manufacturer and/or prosthetist have a loaner device you can use while yours is being repaired.

The good news for Ottobock is that only 1 person said they wouldn’t buy again.

We don’t put too much stock in the Not Sure category right now because replacement cycles are roughly 5 years and there are so many advances currently taking place that we think the prudent thing to do is to adopt a wait-and-see attitude.

Given this, having 56 % of respondents say that they would buy another C-Leg is impressive. The only bionic knee that scores higher is the Genium X3, which is at 71 %.

One of the most interesting parts of our survey is the free-form text area that allows end-users to say whatever they want about a device. Reading these, here are our general observations:

We try to stay neutral on the specific brands/models of bionic devices that we review and let the data speak for itself. However, we think it’s fair to say that the C-Leg is a clear winner. And we say this not just based on our User Satisfaction Surveys, but also on the comments & feedback we get through amputee support forums. Speaking of that…

How We Vetted the Information in This Report

Most of the participants in our User Satisfaction Surveys for bionic limbs come from amputee support forums where we are very active. As such, we already know the participants.

In other cases, we contacted participants to ask for a link to an online profile so that we could verify they were real end-users.

Why You Should Join Our Efforts to Share Information

Our User Satisfaction Surveys consist of only 4 multiple-choice questions and require less than 60 seconds to complete.

Why participate? Because your experiences may help a fellow end-user make more informed decisions.

The survey forms for most of the other bionic devices on the market can be found here.

Click here for our main article on the C-Leg.