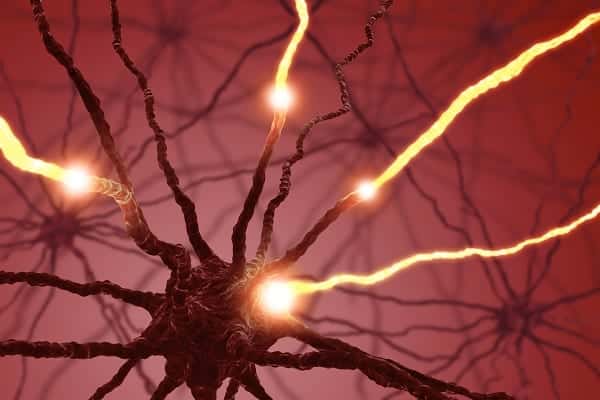 Targeted sensory reinnervation is a method where the skin over a target muscle is denervated, then reinnervated with nerve fibers from an amputated limb. When this piece of skin is touched, it provides the amputee with the sensation that the missing limb is being touched.

One of the key distinctions between these two techniques is the directional flow of information.

TMR enables the brain to trigger muscle contractions in the residual limb (or alternate sites) using nerves that were previously connected to the amputated portion of the limb. The muscle contractions can then be detected by myoelectric sensors and translated into commands for a bionic device.

TSR is used to send information the other way, i.e. back to the brain. By innervating a patch of skin on the residual limb (or alternate sites) with nerves from the missing portion of the limb, and then stimulating that skin, it tricks the brain into thinking it is receiving sensory feedback from the missing limb.

Here is a short video of a patient experiencing this kind of feedback from a bionic device:

As you can see from the video, this patient has had a shoulder disarticulation, so she is experiencing the sensation from the terminal device in an alternate site, likely her chest. This is why TSR is also known as “transfer sensation”.

TSR was discovered by accident. During chest surgery, a patient’s chest skin was denervated by the removal of subcutaneous fat. The nerve fibers then regenerated through the pectoral muscle. While receiving an alcohol rub on his chest after the surgery, the patient, an amputee, reported the sensation of being touched on his missing pinky.

This led to an investigation and, ultimately, the development of a surgical technique to purposely restore sensation.

As best we can tell, this original discovery occurred in 2005. However, tracking the development of TSR over time is more difficult than tracking TMR, mainly because there has been less research activity and thus less information.

Comparing TSR to Other Forms of Sensory Feedback

To help you understand the role of TSR, we’re going to walk you through a spectrum of sensory feedback systems (or potential systems), starting with a natural limb. Note, we’re going to use the hand as an example, though most of what we have to say here applies equally to upper and lower limbs. We’re also going to be a little loose with our definitions for the sake of expediency.

A natural limb is wired with both sensory nerves and motor nerves. These ultimately connect to the brain through the spinal cord.

When a person wishes to move a natural limb, the brain transmits signals to the appropriate motor nerves in the limb. The motor nerves cause their associated muscles to contract, which then move the limb.

When a limb makes contact with the outside world (e.g. a hand touches an object), sensor cells on the skin communicate the resulting information to sensory nerves, which in turn pass the information to the brain.

Sensory information can be obtained through artificial sensors that can range anywhere from simple pressure sensors to electronic skin.

To transmit this information to the brain requires tapping into the remaining portion of the nervous system. The most direct way to do this is by surgically implanting electrodes to electrically stimulate the sensory nerves in a way that tricks the brain into experiencing sensations:

This approach works but has several limitations:

Option # 2 is to attempt to stimulate the nerve through the existing skin using an electrical stimulator. This is known as Transcutaneous Electrical Nerve Stimulation (TENS).

As you can imagine, if directly interfacing with a sensory nerve can be imprecise, trying to communicate with it through intervening skin and tissue can be even more imprecise. As a result, the information that one can communicate through a TENS system is generally much simpler than through an implanted electrode.

TSR provides a middle-ground between these two approaches. By rewiring the skin with the nerves from a missing limb, stimulating that skin can transmit much more complex information without having to wrap or transect those nerves with electrodes. This can potentially solve both the precision and scarring issues.

Unlike TMR and RPNI, which were specifically designed to prevent neuromas and reduce phantom pain, TSR can sometimes result in a neuroma or trigger phantom pain. Or at least that’s what happened in some of the early trial surgeries. As mentioned, it is not easy to track the development of TSR over time. These issues may be resolved at this point. We’re mentioning them mainly so that our readers know to ask their doctors about them.

Earlier, we compared TSR to TMR, but that was just to distinguish between their end goals. In truth, it is far more likely that TMR and TSR will be combined. This has already been done several times. If this proves to be the ideal solution, the definition of TMR may eventually expand to include TSR.

As is the case with most of the articles that we write, this article is mainly intended to put this subject on your radar. If you’re interested in TSR, we strongly urge you to talk to your doctor for more details. We say this because even after reading every article and scientific study we could find on TSR, we’re still a little foggy on its current status. At least your doctor can call a surgeon for the latest updates.

For a quick summary of all related surgical techniques, see Surgical Techniques That Improve the Use of Bionic Limbs.