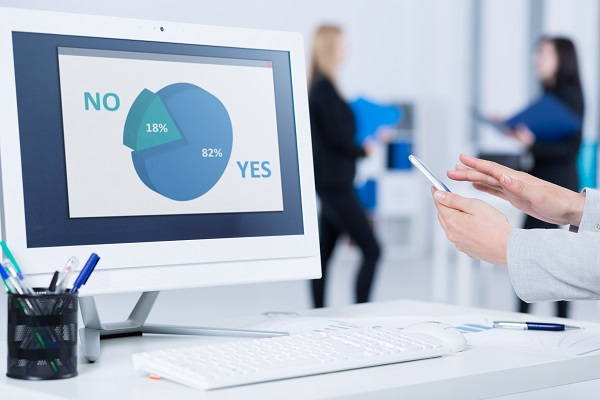 We received hundreds of responses to our User Satisfaction Surveys during the calendar year of 2021.

That sounds like a lot but when you cover more than 60 devices, it’s not. To date, we have only been able to publish a full user satisfaction report on the C-Leg because it is the only device with a sufficient number of participants AND the only device where we’ve had enough anecdotal feedback from end-users to be able to verify the survey results.

We do have a good idea about the outcome of these reports for several other devices but we simply need to wait for more data to be sure.

In the meantime, we can make some important general observations about the different types of bionic devices currently on the market.

User Satisfaction with Bionic Hands is Higher Than We Expected

Nearly 2/3 of all respondents were either very happy or moderately happy with their bionic hands. Why is this higher than expected? Because, historically, bionic hands have been both fragile and not as useful as most people believe. Their sensing and control systems were not always reliable, particularly in different arm positions and conditions (heat, sweat, etc.). This led to user frustration and abandonment.

So have the hands gotten better? We believe so. There have been improvements in sensing and control systems, better training and recalibration software, etc.

But we don’t believe that these technological improvements are the main reason behind the higher-than-expected user satisfaction ratings. If you want to understand why, have a look at the fairly recent study that we described in the first section of our article on Bionic Limb Research News June 19, 2021. The section is titled, “Disappointing Results on Bionic Hand Use.” As you can see from these results, we still have a long way to go before bionic hands are used for more active grasping and manipulation.

When we look deeper at our data, we see that it is heavily skewed toward the positive by two popular devices: the Hero Arm from Open Bionics and the TASKA Hand, which have a combined rate of nearly 78 % of users who are either Very Happy or Moderately Happy.

Now, do we believe that either of these hands would perform better in the study referenced above? Not particularly. Certainly, we have no evidence of that. But here’s where these companies excel: they deliver exactly what they promise.

For example, the TASKA Hand claims to be the most durable hand on the market. This is arguably its main selling feature. And its users agree, as they report the lowest repair rate of any bionic hand. Furthermore, users go out of their way to emphasize this fact in the free-form text area of our survey.

Open Bionics, meanwhile, is truly open when it comes to describing the capabilities and limitations of its Hero Arm. They make the best video demonstrations of users performing daily tasks with no attempt to conceal the parts of those tasks that remain awkward with their current technology. Based on our interactions with their senior management, we suspect that this candor trickles down into every part of their sales process. Again, users seem to be getting exactly what they expect and are content with it.

There are a number of new bionic hand companies for which we don’t have enough data to comment, but we strongly suspect that they are going to establish a similar track record of high user satisfaction. These include Unlimited Tomorrow’s TrueLimb, Psyonic’s Ability Hand, the Zeus Hand from Aether Biomedical, and COVVI’s Nexus Hand. Why do we think this? Mostly because they’ve all been on long journeys of steady and continuous improvement, and every time we ask them questions about their devices or pricing, etc., they exhibit the kind of openness and honesty that end-users seem to prefer.

There are many additional companies/hands that we are also excited about, but for which we lack data and are only in the very beginning of our relationship with them. These include the MeHand from MaxBionic, Adam’s Hand from BionIT Labs, the OHand from OYMotion, the Atom Touch from Atom Limbs, the MANIFESTO Hand from Motorica, Grippy from Robo Bionics, the KalArm from Maker’s Hive, the BrainRobotics Prosthetic Hand from Brain Robotics, and the Esper Hand from Esper Bionics, all of which have articles pending. Will these bionic hands be winners when it comes to user satisfaction? We have no idea. We just intend to treat them fairly and let the chips fall where they may.

But do you know who trails when it comes to user satisfaction? With the exception of Ottobock’s Michelangelo Hand and the Vincent Evolution from Vincent Systems, for which we have very little data, the worst performers are legacy bionic hands. These hands will remain unnamed until we have more data on them, but the preliminary indications are not great. Only 42.9 % of their users report being Very Happy or Moderately Happy.

Are these legacy hands technologically inferior? We have no reason to think so. We suspect that the problem is mainly one of expectations, especially given the brand names and the high prices of the devices in question. But regardless of the reason, they appear to have some work to do if they’re going to make their customers happier.

As you can imagine, the more useful that bionic hands become, the more of an inconvenience it is when they break down.

Looking at our free-form text replies, users are pretty patient with these repairs so long as they are quick and, preferably, a loaner hand is provided during the repair.

We wish we could report some findings here, as we’re particularly interested in how ETDs compare to improving bionic hands, but our data for these categories is just too thin.

77 % of bionic knee users are either very happy or moderately happy. This is dominated by the C-Leg, with 91 % of its users in this category, and the Genium X3 at 93 %. It’s not just the stats, either. Users generally gush over these two devices in their free-form comments, though there does appear to have been a bit of a glitch period for the C-Leg in 2016 and 2017 following the release of the C-Leg 4.

Although our data is too thin to provide individual statistics on other bionic knees, we do want to observe that early indications for the Allux, Kenevo, Orion, and Plie also look positive, though nowhere near what we’re seeing with the C-Leg or the X3.

Drawing again on free-form comments and even more heavily on social media threads, the big problem with bionic knees is not performance but the price. These devices remain too expensive for everyone other than those with premium insurance coverage.

For those who are not lower-limb amputees, consider how frustrating this must be. When someone loses one or both legs, they have a lot of issues to deal with initially: the physical and emotional trauma of amputation, career and recreational implications, added financial burdens, and the impact on personal and romantic relationships. Their loss of basic mobility looms at the center of this, and to know that devices exist that would let them run, bicycle, swim, and walk safely up and down slopes and stairs, but those devices are financially out of reach…that’s terrible. Now that we’ve managed to make devices that are so effective, we have to find a way to make them more affordable.

Fortunately, there are a few new bionic knees entering the market that may help bring prices down. One is a lightweight knee with powered propulsion called the IntelLeg Knee from Reboocon Bionics. The other is a powered knee joint from BionicM. We hope to publish articles on both shortly.

Admittedly, the data for this title (the improving part) is a bit sketchy because when you start spreading already thin data across multiple years, it gets even thinner. But it does appear that repair rates for bionic knees are dropping slightly in recent years.

Regardless, having 44 % of any product go in for repairs is obviously not a good thing, so if we are right about improvements, we hope they continue.

One interesting note about bionic knee repairs is that there doesn’t seem to be any correlation between repair rates and user satisfaction. We say this because nearly 81 % of users who have had their knees repaired multiple times report that they are either very happy or moderately happy.

Put another way, if users are happy with their knees, they appear to be very tolerant of high repair rates.

We Cannot Say Much About Bionic Ankles/Feet

Unfortunately, we lack sufficient data to make any broad statements about bionic ankles/feet. The Elan IC and the Proprio are giving us some early indicators of high user satisfaction and low repair rates, but that could just be an artifact of small data sizes.

Why We Need You to Participate in These Surveys

BionicsForEveryone.com was created as a neutral observer on the bionics industry. We don’t accept money from anyone in the industry because our loyalty is 100 % to patients/end-users.

We created these User Satisfaction Surveys mainly because we wanted to give those who use bionic limbs a chance to share their experiences with other users or prospective users. But it is also an opportunity for users to provide constructive feedback to bionic limb companies in a forum that cannot be ignored. Companies that do a good job serving the limb-different community deserve a little positive PR, and companies that stumble deserve a gentle poke to do better. That mechanism exists for every consumer product on the market and there’s no reason it shouldn’t exist for bionic limbs, too.

If you are a member of the limb-different community, we strongly urge you to participate in these surveys for the reasons we have just described. This is your chance to make your voice heard free of interference from others.